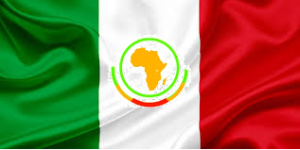 A delegation of African buyers from Kenya, Rwanda, Ghana, Senegal and Nigeria will come to Italy on April 4th and will leave on April 9th after a tour to visit some important Italian fruit&vegetable companies. Purpose of the mission, organized by Omnibus, is to start export flows of fruit&vegetables from Italy to the Sub-saharian Africa, a macroarea that may become an important sales market. The delegation will visit different production areas starting from Basilicata, thank to the cooperation with Asso Fruit Italia, to Alto Adige, due to the commitment and the support of the VOG Group.

All the African companies, represented at the highest level of their management, are specialized in import-export of the fresh produce industry. The Rwanda company, which is represented by its general manager, has business in Central Africa and also in Mozambique. One of the two companies from Senegal, on the other hand, has commercial relationships in the whole French-speaking West Africa.

Omnibus, with a work that took three months, has identified and selected the buyers and has conducted a survey over a small but significant sample of African companies from the Sub-saharian area to rank the level of interest in ten different Italian products. The survey has showed the following outcome, in order of preference: apples, table grapes, pears, kiwifruits, oranges and clementines, lemons, strawberries, cherries, peaches and nectarines, apricots. There is absolutely no doubt regarding the preference of the first four products (apples, table grapes, pears and kiwifruits), while the other products have had different levels of interest from every company interviewed. Apricots, for instance, occupy the last spot but there have been companies that have put them in the fifth position.

The initiative is the beginning part of a wider program that includes journalistic and editorial outputs starting in April, while in 2017 Omnibus Comunicazione will organize a business mission in the Sub-saharian Africa for italian companies. A second incoming of African buyers is not excluded in the second half of 2016, a year that will see the realization of other international business missions in Kazakhstan (June 5th – 11th), Poland (September 28th – October 1st) and Dubai (November 13th – 16th).